If you’re in Bruges, be sure to check out the city’s numerous historical sites. When it comes to architecture, it’s hard to say whether or not Bruges is more mediaeval or more modern than other European cities because of its unique mix of old and new.

Take a stroll through Bruges’s historic streets and alleyways and let yourself be carried from one location to the next. There are some places in the world that you simply must go see.

Market, Burg, Walplein, Van Eyck, Porte de Gent, and Garre are all worth seeing. Wander through Bruges’ most picturesque areas and let yourself be swept away by the city.

Brief History of the City of Bruges

Bruges became a powerful county seat in Flanders in the ninth century when it served as the county’s capital. For example, the Zwin arm of the Rhine opened due to an earthquake in 1134 and the city gained access to it directly. This led to rapid growth between the 12th and 15th centuries, including the construction of numerous canals.

Due to its municipal independence, symbolised by its belfry, Bruges developed into a significant maritime, economic, and financial hub in mediaeval Europe, connecting countries along the North Sea and Baltic Sea to the Mediterranean. Bruges’ affluent merchants dealt with clients from all over Europe. Bruges, Belgium, was home to the world’s first stock exchange when it opened in the 13th century. In the 15th century, it was the most important financial centre in Europe.

As a result of the economic boom, the arts and culture have also flourished. Those early Flemish painters revolutionised Western painting and their works are now displayed in museums all over the world thanks to Antwerp’s status as a major hub. Due to increasing sand deposition in the Zwin River over time, the city lost its port and economic viability, which benefited its neighbouring city of Antwerp. After that, Bruges was just another provincial town in Flanders.

Until the construction of the massive port of Bruges-Zeebrugge, which is now an integral part of the North European Plain, the city did not see any further expansion. In part, due to its prolonged inactivity after the Renaissance, the city’s mediaeval urban fabric and many of its ancient monuments have survived. When it was popularised in the 19th and 20th centuries, the “sleeping beauty” became a prized part of European culture.

This historic location has undergone extensive renovations and is now available to the general public. This has been done in tandem with new, high-quality neo-Gothic buildings that have been built, bringing the local style to life and giving the historic centre an even more mediaeval appearance. A number of cities have dubbed it the “Venice of the North” because of the canals that encircle or cut through the old town. As a result, Bruges has surpassed all other Belgian cities in terms of tourism traffic. It’s also where the College of Europe is based.

Brussels is a member of the World Heritage Cities Network since 2000. The city’s historic core, which includes a Flemish beguinage and a belfry that belongs to both Belgium and France, has been designated a UNESCO World Heritage Site three times. The procession of the Holy Blood is also an Intangible Cultural Heritage of Humanity, according to UNESCO. It was named European Cultural Capital of Culture in 2002 along with Salamanca, Spain.

Virtual Photo Tour of the City of Bruges, Belgium

See some of Bruges’ most beautiful areas in the images below.

What is the best time to visit Bruges, Belgium?

When to go to Bruges for good weather? Here is some information to help you in your decision:

Enjoy watching this great video of the city of Bruges: 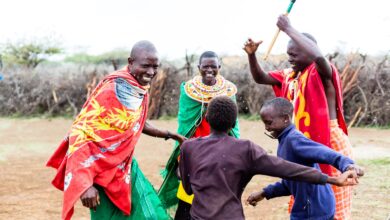 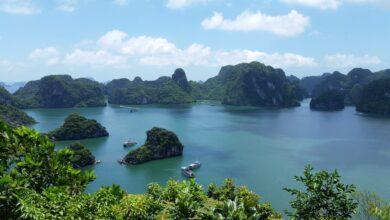 Vietnam Travel Guide: The Best Places to Go and Travel Advice for the Vietnamese People 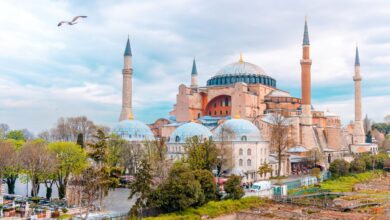 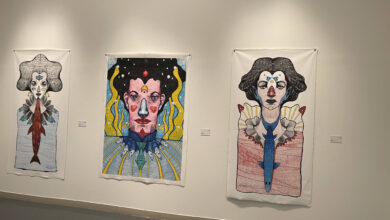 May 23, 2021
Check Also
Close
Facebook Twitter WhatsApp Telegram
Back to top button
Close
Archives
Categories
Meta
We use cookies on our website to give you the most relevant experience by remembering your preferences and repeat visits. By clicking “Accept All”, you consent to the use of ALL the cookies. However, you may visit "Cookie Settings" to provide a controlled consent.
Cookie SettingsAccept All
Manage consent

This website uses cookies to improve your experience while you navigate through the website. Out of these, the cookies that are categorized as necessary are stored on your browser as they are essential for the working of basic functionalities of the website. We also use third-party cookies that help us analyze and understand how you use this website. These cookies will be stored in your browser only with your consent. You also have the option to opt-out of these cookies. But opting out of some of these cookies may affect your browsing experience.
Necessary Always Enabled
Necessary cookies are absolutely essential for the website to function properly. These cookies ensure basic functionalities and security features of the website, anonymously.
Functional
Functional cookies help to perform certain functionalities like sharing the content of the website on social media platforms, collect feedbacks, and other third-party features.
Performance
Performance cookies are used to understand and analyze the key performance indexes of the website which helps in delivering a better user experience for the visitors.
Analytics
Analytical cookies are used to understand how visitors interact with the website. These cookies help provide information on metrics the number of visitors, bounce rate, traffic source, etc.
Advertisement
Advertisement cookies are used to provide visitors with relevant ads and marketing campaigns. These cookies track visitors across websites and collect information to provide customized ads.
Others
Other uncategorized cookies are those that are being analyzed and have not been classified into a category as yet.
SAVE & ACCEPT
Close
Close
Log In